Charming Charleston. Nothing says Southern charm quite like Charleston, South Carolina — and The Mills House Wyndham Grand Hotel puts you right in the center of everything this historic locale has to offer. While the hotel officially opened in 1853, the building is said to have previously served as a post office, courthouse, college dormitory and boarding house. Boasting famous guests throughout history, including Robert E. Lee and Theodore Roosevelt, The Mills House Wyndham Grand Hotel is a notable landmark in Charleston’s Historic District, situated just steps away from the Old City.

Robert E. Lee and Theodore Roosevelt slept here — The Mills House Wyndham Grand Hotel. Venture outside this charming property to find yourself in historic Charleston. Stroll to City Market — less than a quarter mile away — to join a walking tour, or hop on a harbor cruise to Fort Sumter. After a day of exploring, unwind at the pool deck and soak up the fantastic views of downtown. Sip an aperitif at the Fountain Courtyard or the prestigious First Shot Lounge, then reserve a spot in the Barbadoes Room for a sophisticated Lowcountry culinary creation.

How do we get such attractive pricing? We eliminate the middleman for our clients. Prices are wholesale direct from our hundreds of managed owners to you. *Compare 2 BR Deluxe for 7 nights at Bonnet Creek Resort for May 8th – May 15th (Value Season) 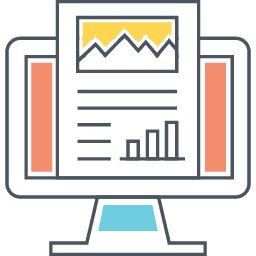 Vacation Strategy Tips. The best deal for your money is Value Season. In addition, Sunday through Thursdays is significantly less expensive than Friday & Saturday at most Wyndham Resorts. Seasons & Pricing are provided below for each villa size available at this resort. In some cases your travel dates may overlap seasons so the pricing may vary slightly from our pricing shown below. Also, holidays may be higher than the rates shown below. We will always verify the price with you before your booking is final.  *Prices below do not include a mandatory $99 guest confirmation fee.

Click to View Daily & Weekly Pricing on all Villa Sizes 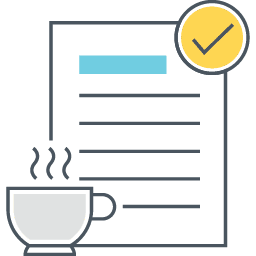 Area attractions around this resort are listed below in addition to the amenities and available activities at the resort. The list may not include every single attraction or activity but indicates the most popular.

Be sure to bring comfortable shoes, because there is plenty to see and do within walking distance from your hotel. There’s even a tour of the surrounding area that begins right in the lobby! Simply step outside the front doors, and you are already at the south end of Charleston’s Museum Mile — offering historic houses, famous squares and, of course, museums to explore. You are also close to superb shopping on King Street and a myriad of unique eateries in the Historic District.

This resort map below is a fully functional Google map for your convenience. We have included driving directions to the resort from the airport and other nearby points of interest.

Getting to This Hotel
From Charleston International Airport: Follow the airport exit signs to I-526 E. Merge onto I-526 E toward Mt Pleasant. Take exit 17 to merge onto I-26 toward Charleston. Use left two lanes to take exit 221B for Meeting Street toward Visitor Center. Turn right onto Meeting Street. Follow the signs for The Mills House Wyndham Grand Hotel.

Please fill out the form below to receive an exact price quote and availability confirmation. Use the Villa Details and Pricing Section above to determine the available unit sizes and types (regular, deluxe, lock-off, and presidential) at this resort. The unit drop downs contain any specific views available. In the Villa Preference field include your desired type and or view.